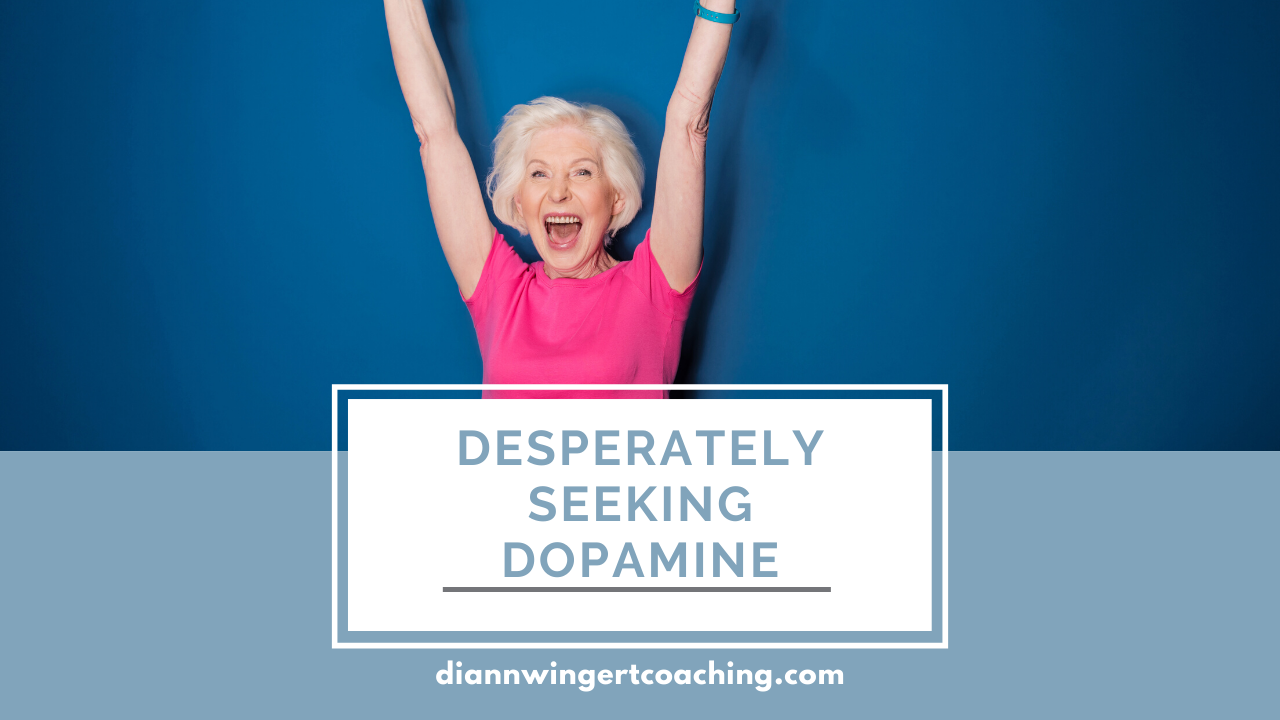 It was many, many years before I learned one of the reasons, if not the key reason behind my drivenness, ADHD (for those unfamiliar with those 4 letters, they are shorthand for Attention Deficit Hyperactivity Disorder.) It's actually pretty ironic, but my own diagnosis of ADHD came many years after two of my children (from different fathers) were diagnosed (can you spell common denominator?) And years after I wrote my masters thesis on whether ADHD persisted into adulthood (which was not understood in the field of psychiatry at the time). And years after I began questioning whether it might apply to me too. But I didn't fit the typical ADHD profile, so I brushed those nagging questions away. I simply didn't give them enough attention. Until I became a first-time entrepreneur, working from home and suddenly deprived of all the rules, routines, structure, social interaction and accountability that had been provided for me for all of my working life. Then, there was nowhere to hide. I was struggling big time and I finally sought an answer to my long-held question, could I be ADHD?

Now that several years have passed and yes I passed the ADHD test with flying colors (gotta love those flying colors!) I was told that I am a classic case of a highly intelligent person who also happens to have ADHD. So what does that mean? Well, essentially, I have a need for speed. I have a need for stimulation. I have a need to be in momentum, to pursue goals like a beaver building a dam. To avoid boredom at all costs because it feels like a life-threatening condition, and when I allow myself to be bored, I either sink into a state of depression or I act out just to shake things up. As I have gotten older, I am more likely to sink than a shake. I need to exercise every day, rain or shine, sick or well. Because if I don't, I feel sluggish and foggy and unmotivated. Exercise literally wakes up my brain.

Being ADHD ( I prefer that to "having" ADHD, which makes it sound more like a disease....) means that on a purely biological level, my brain doesn't make as much dopamine as a neurotypical ( I prefer that to "normal") person's, so I am always in need of something, anything at times, that will give me a shot of it. Dopamine is the neurotransmitter ( brain chemical) that is largely responsible for pleasure, reward, motivation and also contributes to memory. So, in the case of a person who is ADHD (Moi), the fact that I am generally a quart low of the stuff means I have a more difficult time getting and staying motivated, feeling rewarded by my achievements and learning from experience.

Some people with ADHD become chronic underachievers because of this dopamine deficiency, others become Olympic athletes ( hello, Michael Phelps.) The trick is finding something that attracts, engages and excites you enough to get that dopamine engine fired up. And then you keep doing that, somewhat obsessively. If it happens to be something society applauds such as entertainment ( Justin Timberlake and Will Smith both credit their ADHD for much of their success) then you win the ADHD lottery. But you are just as likely to get hooked on writing fan fiction that no one ever sees (indulging in anything that feels like play to us creates a massive dopamine delivery system) and be living in your mom's basement at the age of 40. Sorry. Luckily for me, I feel in love with learning (especially about my favorite subject, human nature) and with helping people. And those interests, while they have diversified and evolved over time, have continued to fascinate me for decades.

So how exactly does my dopamine deficiency create drive? Well, I'm glad you asked! I'm no scientist, but apparently how it works is that something that is stimulating ( aka exciting, curiosity evoking, risky, surprising, provocative) wakes my brain up and makes it take notice. If I don't have a steady supply of things that stimulate my brain, I have what I call Sleepy Brain. My brain just feels kinda flat, like an open can of soda left out over night. But when something exciting comes along (and let me be clear, I'm referring to what happens to be exciting to ME and this differs from person to person) my Sleepy Brain wakes up and the dopamine kicks in and both me and my brain are SUPER HAPPY about it.  I'm sure you can relate.