Don't Outsource Your Self Esteem 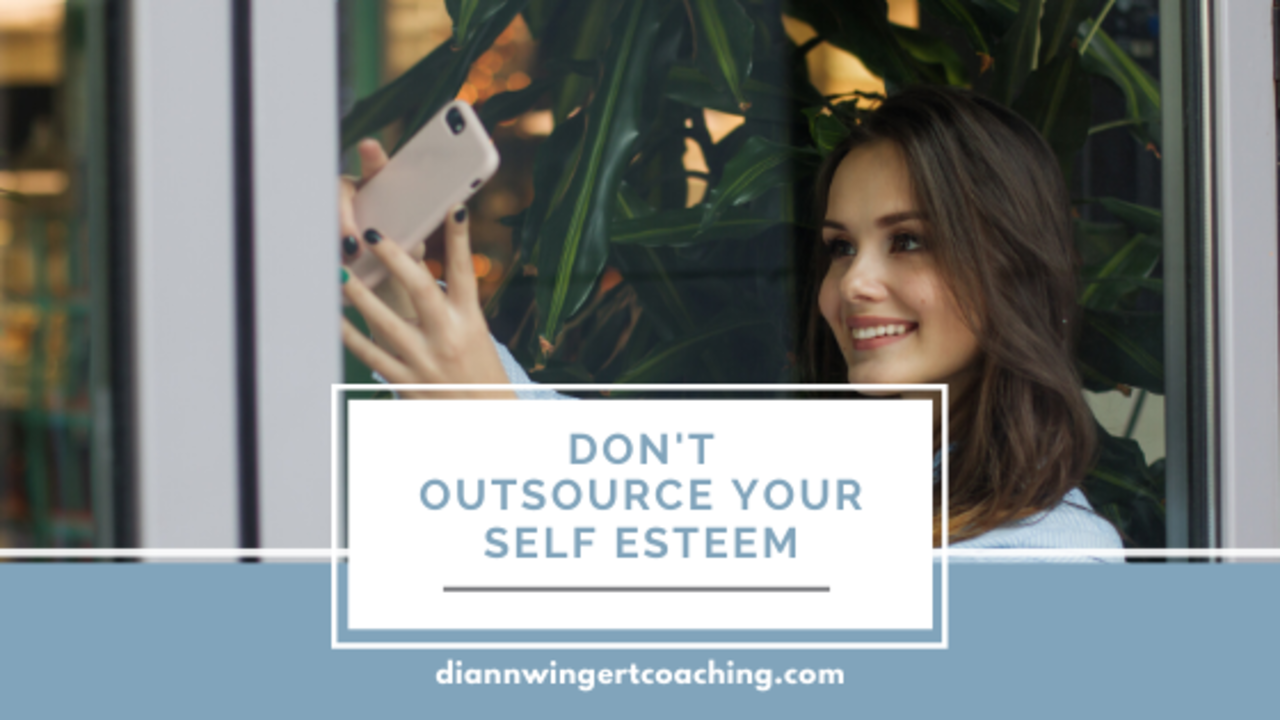 It can be hard to generate self-confidence in this day and age. It like insecurity, social anxiety, and imposter syndrome are nearly universal among young women, who ruthlessly compare themselves to one another and find themselves lacking. One of the reasons for this, I believe is because we seek permission from others to be ourselves. We outsource our self-esteem by allowing whether others approve of us or not to determine whether or not we are able to approve of ourselves. It can be tough to feel like you're enough when you are surrounded by peers that are obsessed with feeling like the opposite.

The thing about self-esteem is that it's truly an inside job. Nobody can make you feel good about yourself if you have found a reason not to. The mind is such a powerful thing that a beautiful girl can be completely convinced that she is ugly and nothing anyone will tell her can change her mind. When she looks in the mirror, she sees ugliness. Her mother can't convince her she is pretty, and neither can her best friend or even a doting boyfriend. I speculate that if she were hooked up to a lie detector test and an investigator asked her 'Are you ugly?", it would register that she is telling the truth if she were to give an affirmative answer.

It all starts at an early age when we begin to learn that there are certain societal standards for just about everything, from what is considered attractive to what level of intelligence and ability makes us "smart." We begin the lifelong tightrope walk, drawn between wanting to be just like everyone else and being special enough to stand out if only a little. If the average grade is a C, and we get an A, we feel good, and our teacher showers us with approval, but if we get all A's and the popular girls get mostly B's and C's,w we are confused. Am I good or aren't' I? And if our parents let us know that they expect nothing less than all A's from us and we get a B, can we still think highly of ourselves or do we automatically calibrate our self-esteem to match our parent's projections.

Throughout my life, I have seen various girls and women who appeared to genuinely love, admire and respect themselves. I could just tell they felt good about who they were, irrespective of whether anyone else agreed with them. They dressed for themselves when the rest of us were dressing to attract a boy or be thought attractive by the other girls. They weren't caught up in comparison games, which are fundamentally a race to the bottom with no genuine winners. They seemed to glide effortlessly by, unaware and unconcerned with the judgments of others and either clueless or oblivious of the standards of beauty and accomplishment that the rest of us were beholden to. I was absolutely fascinated by them and just couldn't figure out what their measuring stick was. After all, how do you know if you're ok when you aren't comparing yourself to some standard, like the rest of us?

But, they must have been members of a super-secret club that only the lucky few even knew about. I was never invited to join, but I finally figured out that this club was the kind that anyone could join, simply by deciding to do so. There was no application process, no initiation rituals, no qualifications you had to meet in order to be allowed to join. You simply elected yourself by virtue of your own self-acceptance and approval and you were in. The only way to lose your membership privileges was to outsource your self-esteem by handing the power to approve or disapprove of yourself to someone else. After having enjoyed the security and confidence that can only come from within, I can hardly imagine any of them giving that up.

And then there were the girls that were constantly looking for acceptance and approval from others, but no matter how much they got, they wouldn't be able to take it in and trust it. It was as though hearing something complimentary triggered such feelings of unworthiness that they simply had to return to sender, unopened. They kept trying and trying but their cup had a hole in the bottom and no matter how much you poured into it, it ran out just as quickly. The very next day, they were right back at it, starting from scratch, earning the right to exist all over again.

Why is it so difficult for us to simply decide to accept and approve of ourselves? Why would nearly all of us prefer to let others decide for us when that almost never turns out in our favor? Is it because an empowered woman has always been feared by men and we have all drunk the Kool-Aid that has us believing that only a narcissistic and totally self-absorbed woman would turn to herself for the answer. And most of us would rather face a lifetime of insecurity and a crippling lack of confidence than risk the prospect of being thought selfish.