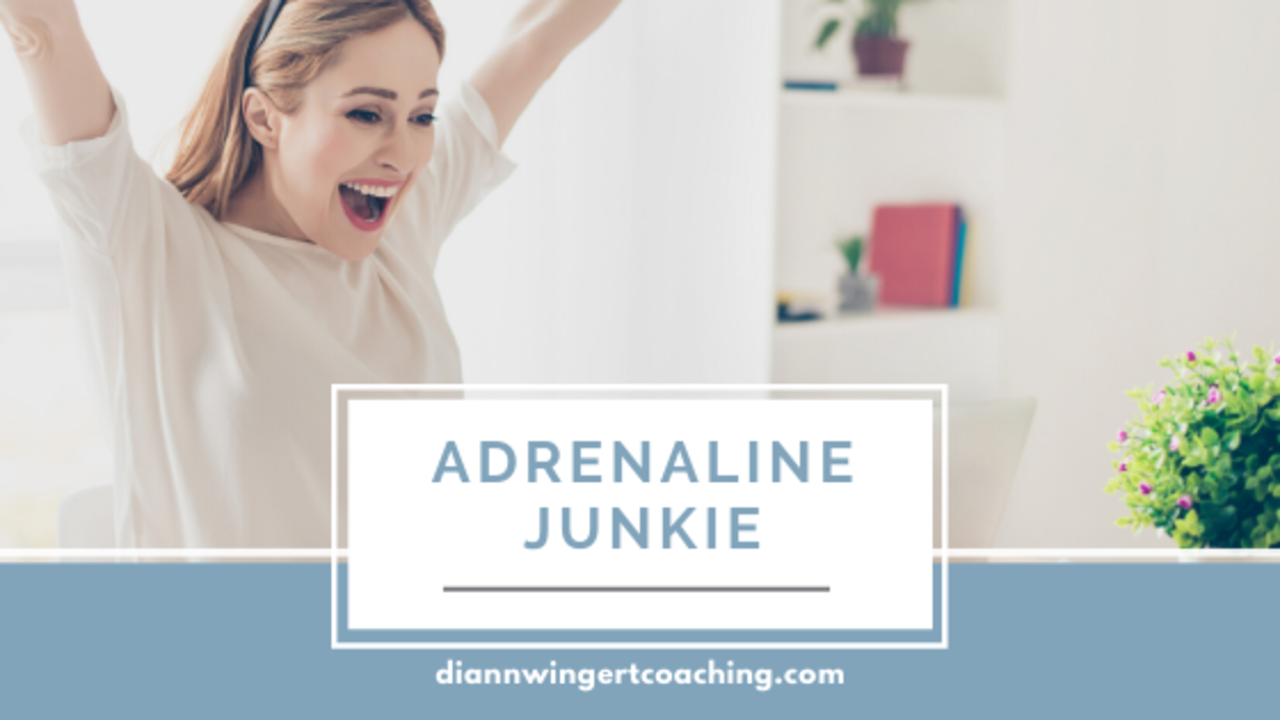 I'm not proud of it, but I'm not denying it anymore either. For most of my adult life, I have been an adrenaline junkie. The sweet, sweet feeling of high octane stress chemicals coursing through my veins was my drug of choice. And the best part was that I never even had to do anything illegal to get my fix. It was honestly almost too easy. All I had to do was procrastinate on stuff that was moderate to severely important, like writing a term paper or filing my tax return, holding off to the point where any sensible adult would have felt nauseous just thinking about it and then voila the rush would come, just as predictable as day follows night, and I was in my personal pleasure zone.

I kind of always knew it wasn't the "right" way to get things done, but who could argue with success? After all, I graduated from a world-class university with honors and I've never been audited by the IRS, so how wrong could it be? Except that it was my one-trick pony and eventually that old horse had to be retired. It worked for as long as it worked and when it no longer did, I was shit out of luck with no other tricks in my trick bag and not a single card up my sleeve.

I was completely and utterly hooked on the intoxicating combo of waiting until the literal, not proverbial last minute and then balls to the wall turbo action figure stay up all night on caffeine and the focus that only true terror can bring. This is a highly seductive habit, my friends, and one that is not so easily relinquished, even when it's abundantly clear that it's causing a lot more suffering than satisfaction.

By the time I recognized the error of my ways, I was pretty deep in denial about being an adrenaline addict. I used expressions like "I work better under pressure" and "This helps me focus", whenever friends or family would question why I was the only one who knew where every 24-hour diner or coffee shop was located within a 10-mile radius of my current residence and how little sleep I was able to function on during midterms and finals.

I guess you could say that the shit didn't really hit the fan until I found myself up to my eyelashes in responsibilities while working a part-time job, running the office of my then husband's business, volunteering at our church, going through grad school and ferrying three kids to three different schools, all without blinking an eye or dropping the ball. I probably looked like a Superwoman to some, but it all felt perfectly normal to me until it didn't.

The end of my addiction did not happen suddenly. There was no wake-up call or hitting bottom. I probably would have continued hedging my bets and flying under the radar indefinitely, but one day I noticed that the all too familiar feeling of excitement and satisfaction that used to accompany my just barely made it's didn't feel quite the same. In fact, it landed in my consciousness with a dull thud, instead of a neurological high. I actually found myself thinking, 'this has to stop.' Not in a melodramatic way, but in a sigh that rocked me simply because it was so opposite of what I expected to feel, what I had always felt before.

And just like that, the decades-long spell was broken. Now, don't get me wrong. I didn't give up my procrastinating ways overnight. After all, a huge part of my identity was wrapped up in this behavioral pattern. I was both horse and jockey, always betting on myself and always determined to win at all costs. But change I did, slowly at first but with more determination over time. And eventually, I even reached a point where I could choose to do something before it was absolutely necessary simply because I recognized it as an option, an option that had always been there, but for some reason, I had never considered it before. I never even saw it, even in my periphery.

It feels pretty damn great to know I can count on myself to do what needs to be done, without having to put myself in the most extreme circumstances in order to do so. I still do choose extremes at times, such as going sky diving for my recent milestone birthday. The rush of adrenaline was just as sweet as I plummeted toward the earth and just before my parachute opened, and I really couldn't know for sure if it would, I felt that familiar rush. And I smiled.