You Can't Hurt Anyone's Feelings But Your Own 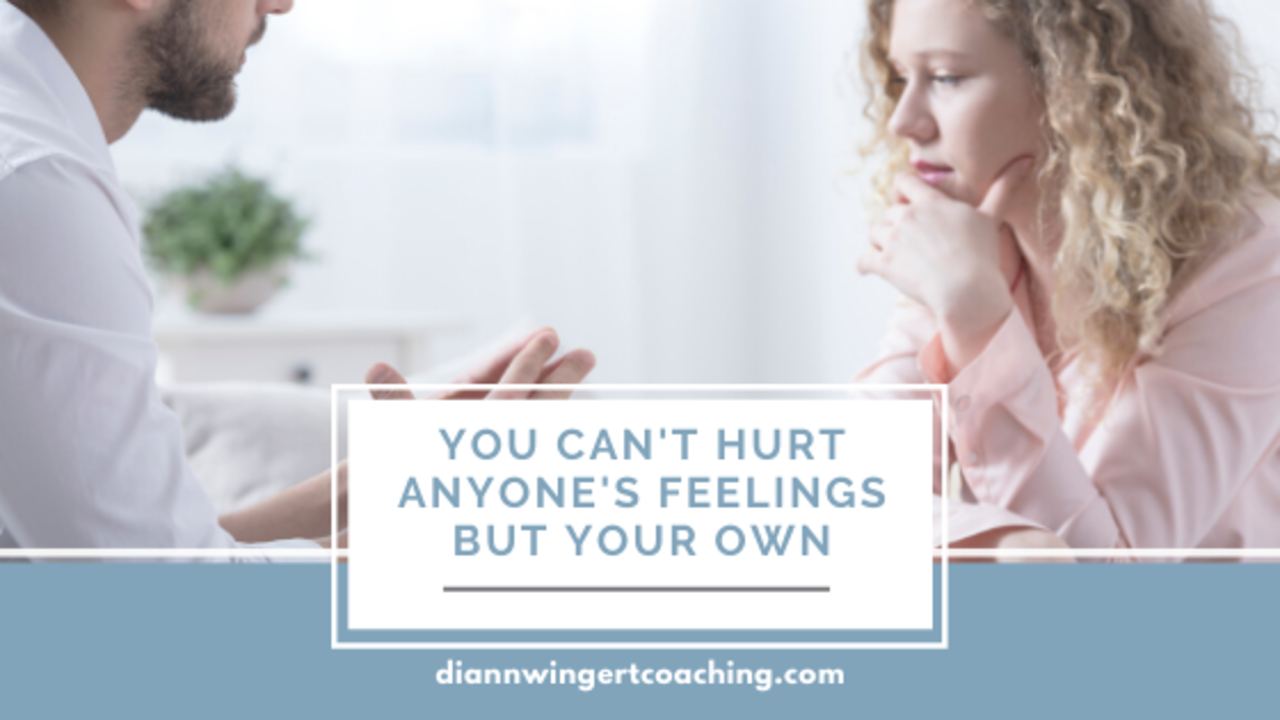 In order to have an emotionally healthy life, we need to understand where feelings come from, and it's not where most people think it is. It's such a common misunderstanding and the source of many dysfunctional relationships, broken friendships and even divorces. It's also not our fault, because we are being taught to believe that we are responsible for other people's feelings and they are responsible for ours from a very early age, at home, in school, and in our religious institutions.

Once we're grown, the concepts continue to be reinforced by popular culture through the music we listen to, the TV shows and movies we watch and the social media we scroll through throughout our day. We have literally been saturated with this mistaken teaching all of our lives, so we've become unconscious to its impact.

Let's go back in time to when you were in pre-school, in your sister's bedroom or at your church's daycare program while your parents attended services. You wanted to play with a certain toy and another child was already playing with it. At the age of three, you were far from fully socialized, so when you saw what you wanted, you made your move and grabbed it away from the other kid, which resulted in tears on her part.

The adult in charge swiftly stepped in and to keep the peace and ensure your future compliance with rules and expectations, you were informed that your behavior was bad, wrong, selfish, naughty or whatever term that individual felt was appropriate to create the desired result. You were then also reminded that you caused the other child to feel upset, mad, sad, scared or traumatized and furthermore you were also responsible for whatever feelings YOU were now experiencing for losing the child and being chastised. Depending on the circumstances, you might be given a time out, lose out at snack time or be forced to apologize for your infraction to the offended party.

Given that this little drama was played out in the childhoods of most American children, I'm not the least bit surprised that co-dependency is more the rule than the exception, and most of us believe our kids "drive us crazy" and continue to tell our own children they "make" one another feel bad. I grew up hearing this kind of teaching and continued the tradition in my own parenting. Years later, during life coach training, I was exposed to an alternative way of thinking that completely changed my life. The best part is that it's not woo-woo, but based on science and it is a far more healthy and empowering way of dealing with emotions than how most of us think.

Let me start with the bottom line and work backward, so you don't have to wait too long to know where we're headed. You are not responsible for anyone's feelings but your own and the same applies to everyone on the planet. You cannot cause someone's feelings and they cannot cause your feelings, either. So, any time in your life somebody told you "you hurt my feelings," "you're driving me crazy," "you make me sick," "you make me so angry," "you're pissing me off," "you're getting on my nerves," "you're upsetting me," "you offended her," "you made then feel left out" or anything along those lines, they were wrong.

Now, that's not to say that someone wasn't hurt, offended, angry, pissed off, feeling left out, sick or crazy. The point is that THEY were the cause of their feelings, not you. They caused themselves to feel hurt, offended, angry and so forth because of what they were thinking should have happened, instead of what did happen. In other words, the actual culprit was their expectations, which are constructed of thoughts. Thoughts create feelings, so MY thoughts can only create MY feelings. YOUR feelings are caused by YOUR thoughts, not my behaviors.

I realize this might be hard to grasp, especially after so many years of brainwashing by our culture, so let's break it down until it's crystal clear. Let's use a modern-day example this time, instead of one from childhood. Your co-worker has been bugging you to try a new place for lunch, instead of the usual greasy spoon near the office you usually go to. You agree to meet her there at 12 sharp, but then get so involved in a design project that you lose track of time and before you know it, it's 1:15 PM, when she storms into your office, nearly yelling about how rude you were to stand her up, making her feel totally disrespected, hurt and offended. You, having been caught off guard and totally blindsided, are completely pissed off, accusing her of trying to guilt-trip you when all you did was losing track of time, hardly a serious offense. Each of you is projecting your own feelings on the other and neither person is taking responsibility for their own emotions.

How would this look?  Take out a piece of paper and pen and run through the scenario again, this time with each person accepting responsibility for their own emotions. What did you learn about yourself when you tried seeing things this way?