Out of One Box, and Into Another 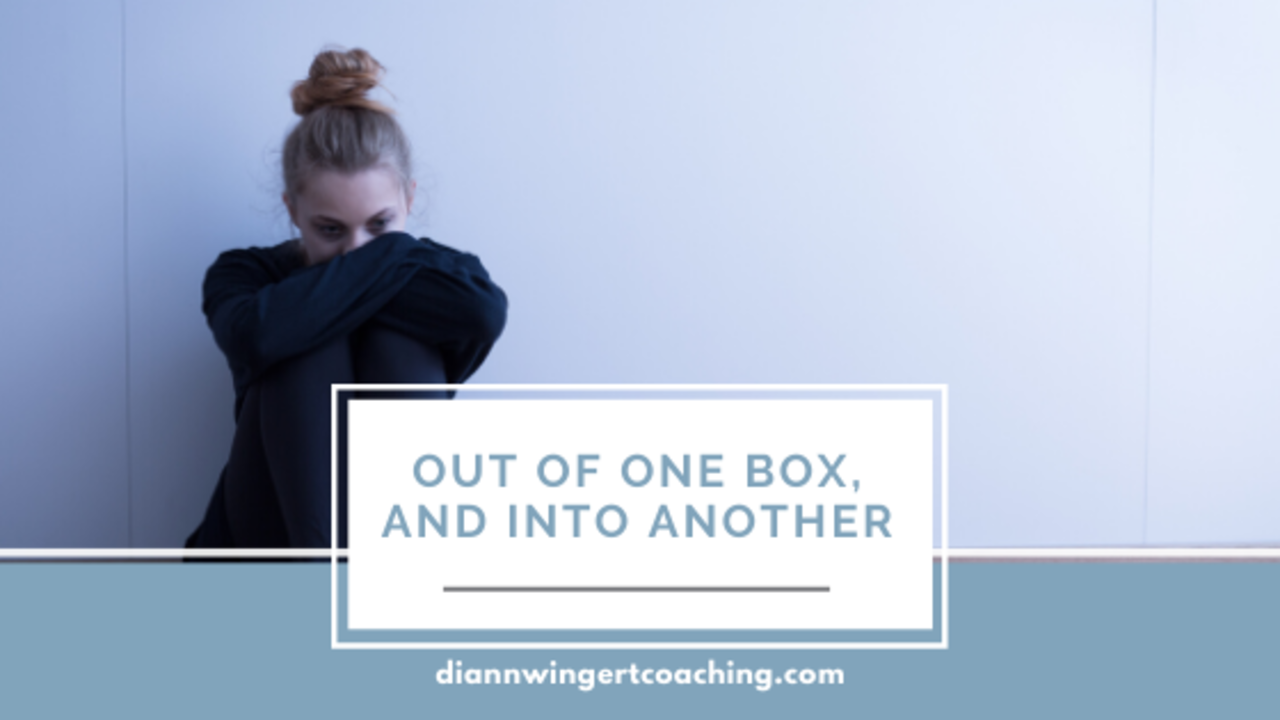 The human brain loves to identify, label and categorize things. It's how we learn and how the brain can store so much information without ever having an upgrade, or even an update, across the entire span of human life. It's really quite amazing but is also the source of considerable suffering, mainly because there is no such thing as an operations manual for humans. If you are lucky enough to stumble upon this information, it definitely helps you understand why you are the way you are, and why other people are the way they are, which certainly helps. But, understanding our innate tendencies to create boxes based on this whole identify-label-categorize thing doesn't stop us from continuing to do so. It just helps us understand that this is what we are doing.

Learning about this tendency helped me understand why I had been trying on different attributional theories for why I am the way I am ever since I was a child. Every kid notices that they are different in whatever way they are different from the other kids. They might be smarter or slower, more socially awkward or a social butterfly, athletically inclined or possessing two left feet. And once they have noticed this, they understand which social category they belong in, which "box" is their box. Queer, Nerd, Jock, Drama Queen, Druggie. By the time we reach high school, we know our box intimately, as well as who else is in there. This can create a sense of belonging that used to be found only in the church or our family of origin. Now, instead of allowing themselves to be assigned labels and having their boxes determined by others, increasing numbers of people, largely due to the internet and social media, in particular, are creating their own.

But what happens when the box we are in, whether chosen or assigned no longer feels like home? What do we do when we want to uncheck the box and relocate our identity to another category or even try to go it alone without any box at all? I have tried on a variety of identities, boxes of different shapes and sizes over the years. I used to think that what made me different was the fact that I was adopted. Later on, being adopted and abused was the shape of my container. Eventually, I came to see myself as someone whose characteristics were determined by the fact that I was an Aries. By the time I was in college and had discovered personality assessments, I had come to identify myself with my Myers-Briggs profile.

Later on, I had a religious conversion, so my box was evangelical Christian, wife, and mother. After going to graduate school and becoming a clinical social worker, my profession had become the box I checked. And then, the year I turned 40, I had a bit of a mid-life crisis and did my best to uncheck as many boxes in one fell swoop as I could, or so I thought. All I had succeeded in doing was swapping one set of checkmarks for another. Now my identifiers were middle-aged, divorced, a single mother and agnostic. I was even mistaken for a cougar when I was spotted out to dinner with my very attractive oldest son with whom I am very close.

Now in my 6th decade, I am really desperately trying to be as wise as I am old. It really doesn't seem possible to live free from all the boxes, not as long as I still have this human brain in my skull. It is just so accustomed to labeling and categorizing and so are all the other humans I am surrounded by. I discovered just how attached I had become to my identity as a psychotherapist when I decided to move from my home state to another and become a coach, rather than earn my state licensing credential all over again. I was happy to be a coach and truly didn't want to be a therapist any more, but I also wanted potential clients to know that I had been a therapist, for a very long time, so none of them would think I was "just a coach". Even after I had decided to let go of being a therapist, I was still hanging onto that label, that identity, that box when had been checked for such a long time.

It reminded me of the day when my divorce papers arrived in the mail and I opened it and read the words "final decree" and "dissolution of marriage" and the reference to me being an "unmarried woman" and how I burst into tears. OMG. I was the one who decided to end the marriage, for chrissakes! But there it was, evidence that my box had been unchecked and my identity was changed. And this time it was legal. I felt a little bit crazy on that day, thinking there must be something wrong with me to be upset when this was the change I wanted. It helped me to understand how the human brain works and why I've heard so many times how people hate change. I have met lots and lots of people that genuinely hate change. I also know for sure that I am not one of them. I actually like change, in fact, if I don't get enough change on a regular basis, I get pretty cranky. But, I also know that even though I like change, my brain does not. It still likes the boxes that are already checked and want to keep it that way. I know I am the boss, but my co-pilot will always try to negotiate for things staying exactly like they are.