I Want to Clone Myself 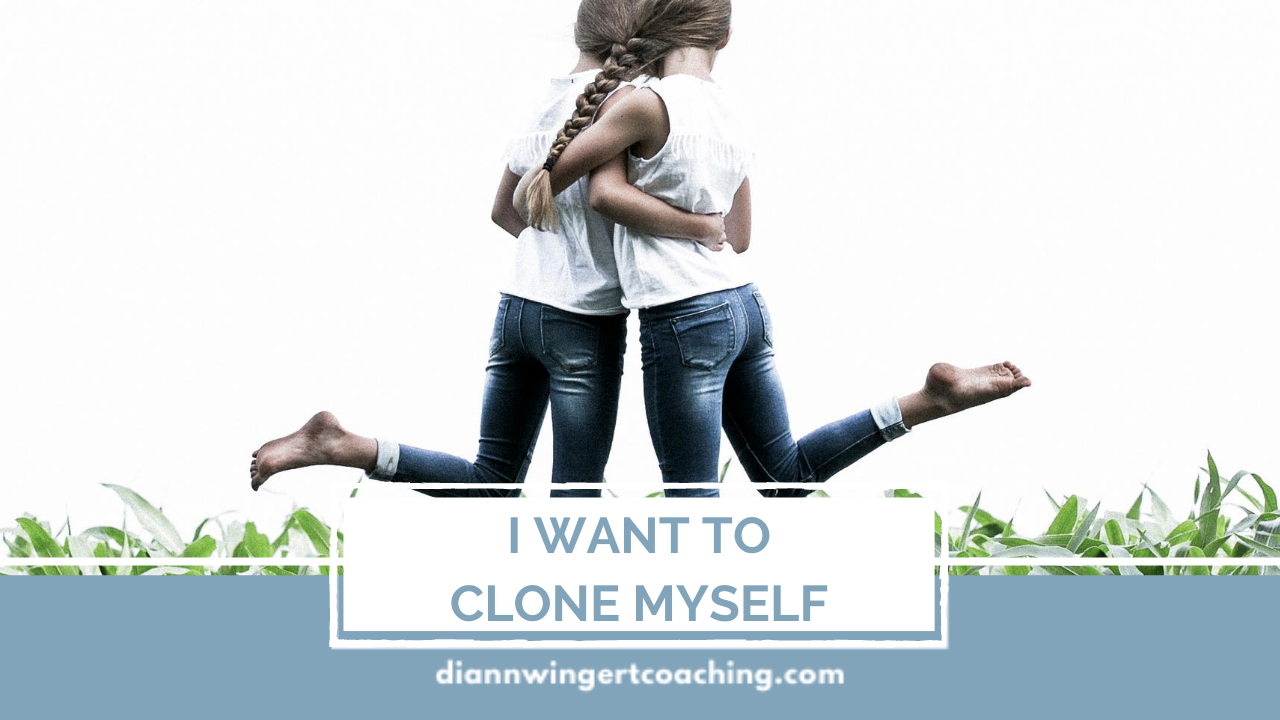 I was really rooting for Dolly. She had become almost an overnight celebrity, not just among scientists, but with people like me. The ones who have more dreams and wishes than they can possibly explore in one, a limited lifetime. Maybe that's why I embraced Buddhism. The idea of rebirth. I might not remember what I did, or who I was the last go-around, but at least I'll have another chance. I know that's not the intention of the Buddhist path. Other Buddhists aspire to escape the cycle of birth and death. But, I just want to do all the things, so for me, rebirth means more time.

Which is where Dolly comes in. For those who don't remember or weren't paying attention (no shame intended), Dolly was a sheep that scientists cloned in 1996. While she lived for 6 years and was studied and written about extensively, here we are more than 20 years later and we still don't have human cloning. As a matter of fact, human cloning is currently illegal in at least 15 countries. The closest we have come is stem cell technology, which is still very controversial and hung up by ethical concerns, which I totally understand. And I'm quite sure that lots of people are fascinated by the topic of human cloning, simply because of the number of sci-fi movies that have been made in the last 20 years on this theme.

As for me, my ambitions were modest. I wasn't even thinking about living forever through cloning. I'm not quite old enough to have become obsessed with my own mortality yet. But, what instantly appealed to me when I first heard about Dolly was the prospect of being able to have copies of myself so that I really could do ALL THE THINGS. I could travel to every country, meet all the cool people I wanted to, have every kind of experience I was curious about having and do them simultaneously. It would have been the ultimate in multi-tasking. Can you even imagine how easy it would be to try new things, no matter how scary they might seem, knowing that another version of yourself was doing other things at the same time, thereby reducing your risk of failure by half? And the number only gets better the more clones you have! I don't want to get all crazy thinking about the possibilities, but the bottom line is that I've always had such a hard time choosing what to do when I really wanted to do it all. I hate feeling limited and love having options. It's not even about being able to exercise all those options, it's just having them and knowing I could that makes my heart happy.

But, Dolly let me down. I mean not Dolly personally. She was a sweetheart of a sheep, I'm sure. We never met, but in every photograph, I saw of her, there was this wise and kind look in her eyes and I could just tell we would have been friends. But she was in Scotland and I was in the US and there was the whole interspecies communication gap thing too. Anyway, she let me down, or I should say I was let down by the fact that the promise of Dolly still hasn't been delivered. What I was imagining was we'd have the technology and that by now, it would be available to regular people all over the world through the internet. It would be like those genetic tests you do with a swab of your inner cheek and then you find out you're not really who you thought you were and never look at your relatives the same way again. And while you wait for your clone to be delivered by Amazon, you could blow up your Facebook and Twitter feeds with posts that say stuff like "Coming Soon - The New Me", to generate some buzz. I get all warm and fuzzy just thinking about it.

Dolly did make her contribution to science and for that, she got her 15 minutes of fame. But I am running out of time to get myself cloned, and if it takes another 20 years to figure out the technology and the ethics, I won't be in any shape to be duplicated. Two eighty-year-olds aren't gonna go any further than one. But, I still really love the idea of having a clone. At least one. So that I didn't have to choose and feel limited by my choices. I really could do All The Things. And not feel restricted. And that expression that everybody in the personal growth industry loves to throw around " Be the next best version of yourself". I would fucking own that shit.