Does this Decision Look Good on Me? 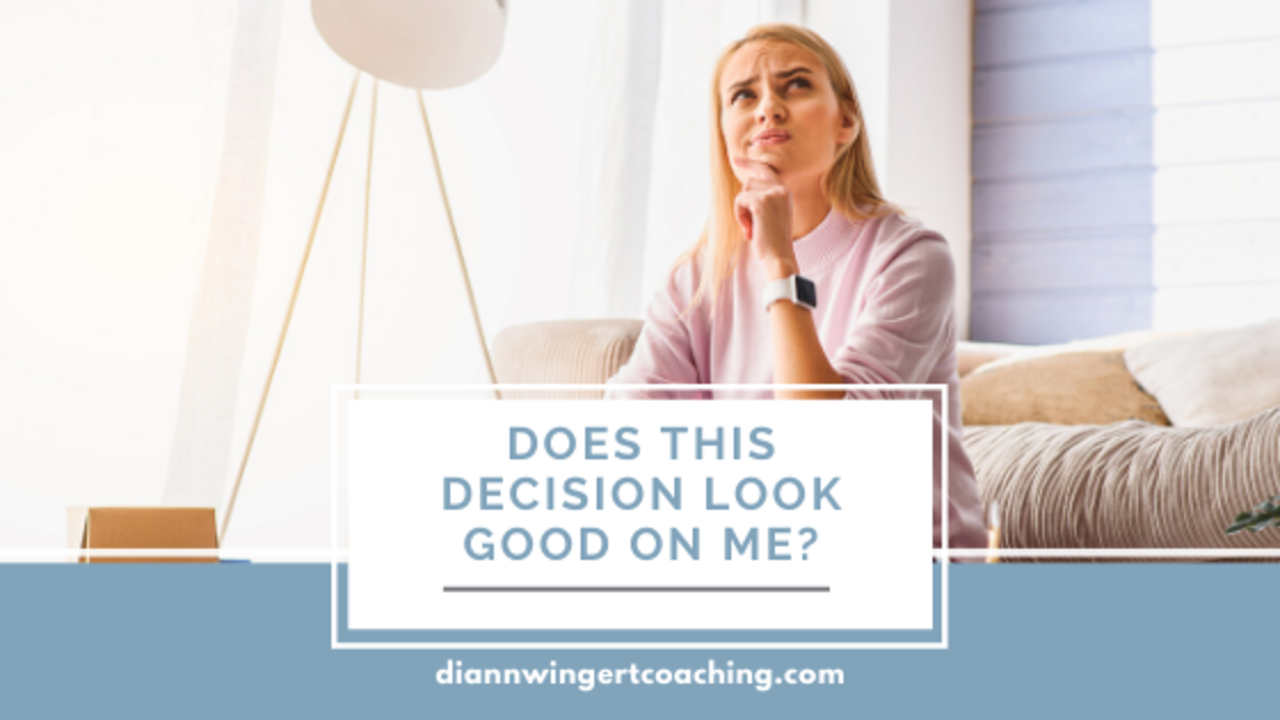 Everything we do is a reflection of who we are. Every little thing, and of course the big ones too. Of course, you already know this, but unless you are keeping it in mind and really paying attention to your choices and how you make them, you can find yourself creating a life that just doesn't feel like the one you should be having or set out to create. Most people just drift along through life, making it up as they go along and feeling totally confused when things don't go their way. Well, you are a driven woman, with dreams and goals, ambitions, and plans. If you left your life up to chance and made choices about what to do on an ad hoc basis, it's highly unlikely that you would end up anywhere near where you intended to. That's why having what I call a decision matrix is so important. It's a quick and dirty framework for making sure that your choices look good on you, both now and down the road.

Especially when you consider that all behavior is habit-forming, it pays to be aware of what you are doing. If we aren't making choices about what we do deliberately, there's a good chance we are going to regret quite a few of them. I always thought of myself as pretty smart, but looking in the rearview mirror, I can see that quite a few of my life choices were actually pretty impulsive. Either I acted on an urge to buy, or eat or screw something or someone without really thinking it through or I was influenced by the environment I was in and what other people were doing. Now, this might seem perfectly normal to you and for quite a while, I justified it as "well, that's how everybody is." But, I don't want to be like everybody and I don't aspire to have the life that most people have. If you're reading this book, my guess is you don't either.

I like to think of the choice continuum as running from impulsive action on one end and indecision on the other end. When we make a decision impulsively, we are usually doing so quickly, sometimes under time pressure, sometimes under the influence, and often in a state of excitement. Some of us are born risk-takers and rebels and make impulsive choices because they are fun. Others are impulsive decision-makers because they don't plan well and have to just rush through the decision because time is running out. Many of us are easily influenced by others and tend to either follow the crowd or give in to peer pressure, leading to impulsive choosing. Whichever way it happens, impulsive choices often end in embarrassment, guilt, shame or regret. And those are just the emotional consequences. Sometimes, there are moral and legal consequences as well. If you've ever had a pregnancy scare due to unprotected sex you hadn't planned to have, you know what I am talking about.

Hey, listen. We all do impulsive things sometimes. I mean who hasn't bought something online just because they saw something like it on a co-worker that day and thought it was cute, without stopping to think if it would fit with their style, wardrobe, or budget? Who hasn't found themselves having a drink with a friend on a night they were supposed to be preparing for their big presentation at a staff meeting the next morning, just because they got an unexpected text at 7 PM that triggered a case of FOMO? And who hasn't gone way too far with Mr. Not So Right, just because they got carried away and didn't feel like stopping? Obviously, all of us have. My point is not that you should scrutinize every choice you make before you do so to make sure you never feel bad about any of them. Not only would that make you feel pretty damn neurotic, but you'd probably become a bit boring in the process.

But you know what is even more boring? Overthinking, second-guessing and self-doubting yourself to the point where you can't make any decision at all. It's easier than you think to go from never thinking things through to thinking them through to the point of total paralysis. I've been there and I bet you have too. After jumping headfirst into things and not having them turn out so well, after a few decades you really don't trust yourself to do much of anything right. People question you, you question yourself and you lose confidence in your ability to make decent choices. So, you really try to think things through, consider the consequences, and try to predict the future. Or at least predict some version of it. And maybe you get better at connecting the dots. And seeing how today's choices create tomorrow's outcomes. Wouldn't it feel better if you had some idea of how things would turn out when you did them, instead of feeling like your life is a total crapshoot? Well, I don't want to take away your sense of adventure and spontaneity and surprise, because well, it's just more fun when you don't know exactly what to expect from moment to moment. But, I can promise you this. there are much better ways of getting your dopamine hit than gambling with your future.