You Talk to Yourself 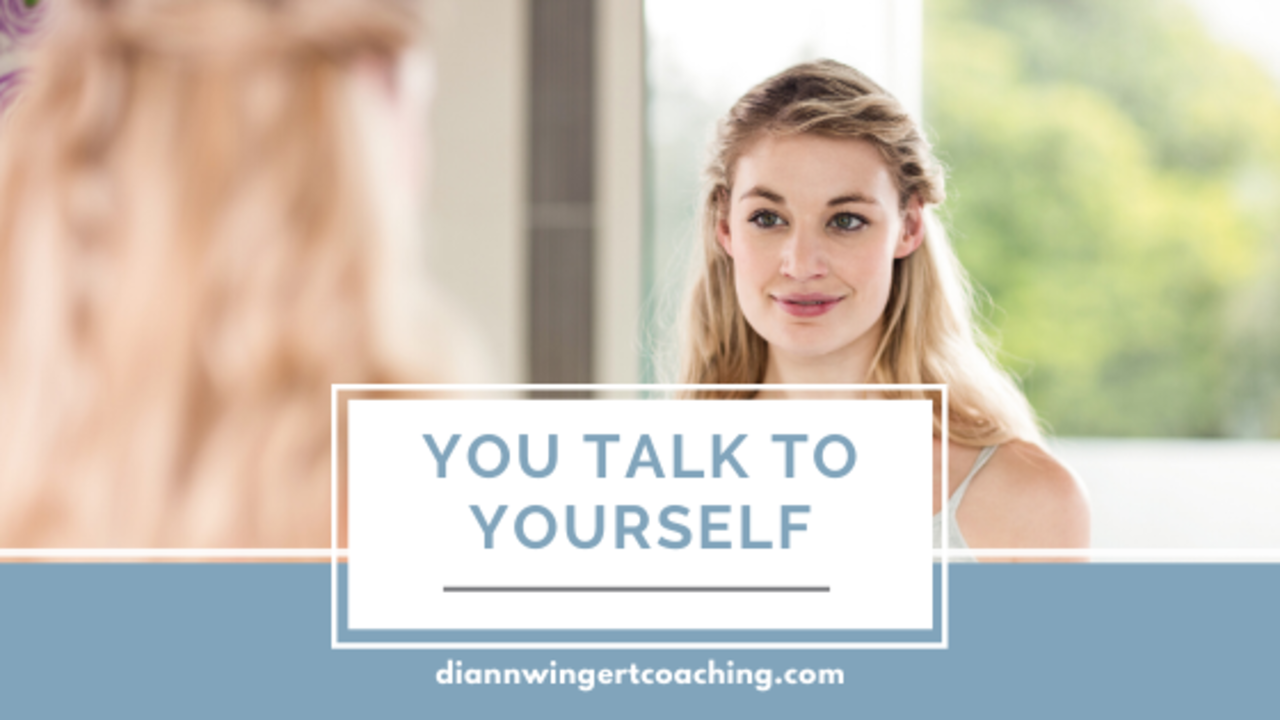 There are two kinds of people in the world. Those who talk to themselves out loud and those who talk to themselves in their heads. I remember the first time I heard someone talking to themselves out loud. I was a teenager and it was at the grocery store. I thought the woman was talking to me, so I asked her to repeat herself. She wasn't even aware that she was doing it, so she was as confused as I was and didn't answer me. After noticing it that first time, I started paying attention whenever I was in large crowds, like any tourist attraction or shopping center. Sure enough, there will be people talking out loud to themselves, usually because they are trying to remember a list of items they need to pick up and didn't write them down.

Now, I am not talking about the people who talk to themselves because they are mentally ill. That's a different thing. I'm just referring to the fact that all of us are talking to ourselves, about ourselves, just about all of the time. Our lips aren't moving and no one else can tell it's going on, but that's probably because they are too busy talking to themselves to notice what you might or might not be doing in the privacy of your own head.

On the slight chance that you don't know what I am talking about, let me illustrate. Let's say that you are standing in line at Starbucks. It's Tuesday morning and you are on your way to work. You usually make coffee at home, but your husband worked late last night and you didn't want to wake him up with the sound of the coffee bean grinder and the smell of the freshly roasted coffee. "I don't want to wake him up, better to pick some up on the way," you tell yourself. See, there's the first example. So, back to the standing line at Starbucks. There's a woman in line in front of you and she's talking on her cell phone, loudly. She seems to be in a bad mood and is feeling pretty irritated to have to wait in line. "Doesn't she realize we can all hear every word she's saying?" you tell yourself, followed by "God, I love how entitled these Millennials are. She should realize nobody likes standing in line, but we aren't having a hissy fit about it." Man, you are telling yourself a complete story about this woman, aren't you? And the crazy thing is, you do it all day long, every day, your entire life. And so does the rest of the human race.

Now, that's not even the problem. I mean really so what, if you want to talk to yourself about the woman in line at Starbucks or how people let their dogs poop on your lawn without picking it up or the price of arugula at Whole Foods or what nonsense is it to label sparkling water "gluten-free." It's a free country and it's your brain, right? But, the real problem is that even though you've got a running commentary going on upstairs, about you, everything and everybody around you, politics, current events, pop culture and just about everything else, you probably don't realize that everyone else is doing the exact same thing, only their version of "reality" is different than yours.

Another person standing in the very same line at Starbucks, overhearing the very same woman talking loudly on her cell phone might also be thinking about her behavior and what it means, only their interpretation is completely different than yours. And, they are just as convinced as you are that what they are telling themselves is the truth. Only it isn't There is no such thing. Everyone is talking to themselves at all times, and everyone's version of reality is different, even if only a little bit. And the real problem with all of this is not that everybody is talking to themselves all the time without even realizing that they are doing it, but that everyone thinks their thoughts are factual, their perceptions are real, accurate and undeniably true. Only they aren't.

And to make things worse, feelings come from our thoughts, and feelings stimulate us to take action. Human beings like to think that they take action because of their thoughts, but it's really not true. Feelings are what move us. Let's go back to Starbucks and the loud talking, cell phone wielding woman in line with us. And let's just imagine that you are telling yourself something that runs along the lines of "Oh, the poor thing, She's really having a hard day. I bet she's running late and didn't get enough sleep. She really needs this coffee."

The emotions that these thoughts are likely to trigger are compassion and kindness, and the action you might take would be to offer to pay for her double tall skinny vanilla latte. If, on the other hand, you are thinking "Why doesn't she just shut up? We are all stuck in this line, not just her. Nobody likes waiting for their morning coffee. What a spoiled brat." This time, the feelings generated by thoughts like these are closer to annoyance and resentment and the likely actions are to look away in disgust or mutter a few swear words under your breath.

The reason this is so important is that until we recognize that we are generating our own emotions through the thoughts we are thinking, we won't make the effort to change those thoughts for the better. We will keep on talking to ourselves, believing what we say, reacting with emotion and then taking the actions that those emotions generate. It's like being unconscious, even though we are wide awake. And being conscious is so much better. We can actually start living the life we want to live by consciously choosing the thoughts we want to think, instead of just unconsciously thinking whatever happens to come into our heads without even realizing it.