Put Your Mind To It 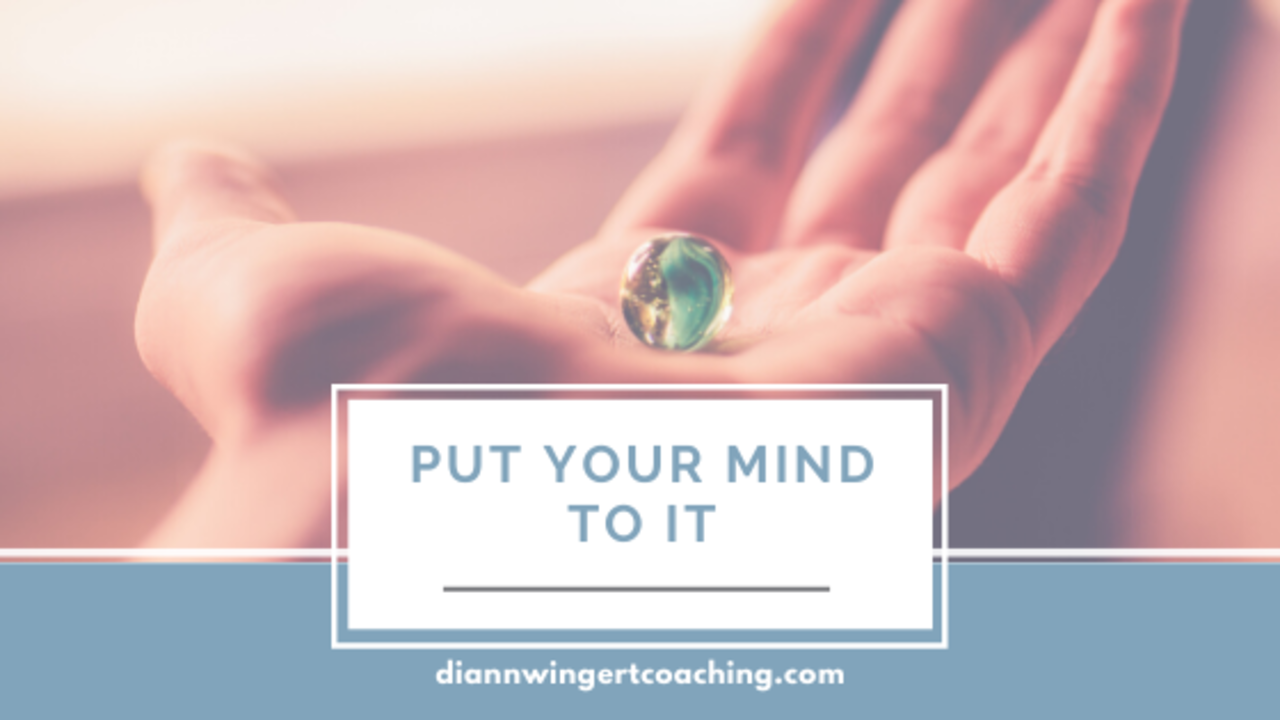 I'm sure you've heard the expression "I can do anything, once I've put my mind to it" or "She's a real go-getter, once she puts her mind to something." Your parents and teachers probably said it about you when you were a kid; and your friends, partners, and co-workers have been saying it ever since. Maybe you've said it about yourself too. I know I have. All my life, once I put my mind to something, it was as good as done. I had the drive, the determination, the persistence and the desire to excel but it always felt like a bit of a mystery to me as to when and what exactly I would put my mind to.

There were times when I would feel the focus and motivation kick in and off I went, in a straight path toward the finish line. Other times, I would put my mind to something and waste a ton of time, energy on something that was pretty useless, but I still went after it like a beaver building a dam. It was as though my mind had a mind of its own and would pick and choose what to put itself to, without any input on my end. Seriously frustrating.

Before I started to study neuroscience and how the mind and brain work, it felt like something just automagically clicked into place in my brain, like it was happening to me and I had no control over it. If it happened, it happened, but there was nothing I could do about it. Even when I needed to put my mind to something most of all, it was a crapshoot. I couldn't focus, get fired up, or summon up the necessary energy and effort to make it happen. This was super frustrating and usually resulted in massive procrastination and last-minute marathon sessions to get the job done.

I guess you could say I trained myself to put my mind to something, but only at the eleventh hour when it was abundantly clear that waiting for it to happen spontaneously was no longer an option. Sure, I got the paper turned in, the project done, the deadline met, and at first, it felt exciting, like I was beating the system. Over time, it got old and a whole lot less fun. There were times my stomach was in knots for a day or two after I met my deadline, not to mention the headaches, hives, and insomnia I experienced while racing to the finish line. I got away with it, but I was really paying the price. There had to be a better way.

I became determined to learn how to put my mind to something by choice, not by chance. I knew this was the secret to meeting my responsibilities, feeling better about myself, and ditching my fear of letting others done, all in one. I just had to find a way to choose what to put my mind to, on-demand, consistently. I knew it was a tall order, but it needed to happen, so I literally put my mind to figuring it out.

I don't want to promise that what works for me will work for you, but if you struggle with this too, it's certainly worth giving it a try. I also don't want to give you the impression that I can always put my mind to what I want to put my mind to, every single time. No one is 100% consistent at anything, including me. I'm still distractible, my motivation is inconsistent and life is still full of unexpected events that throw me off. But, I'm happy to say I am so much better at being able to put my mind where I want it and when than ever before. And that it makes a huge difference in every area of my life.