I Caught Myself Doing it Again 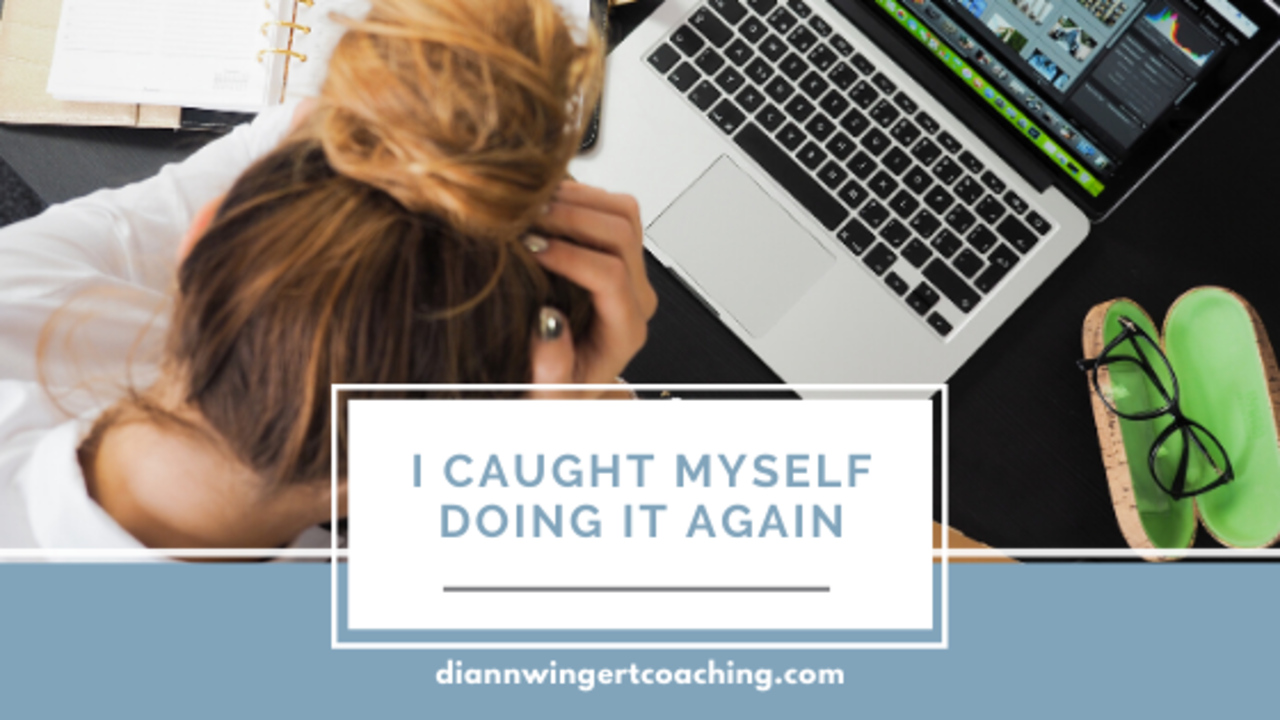 I like to think of myself as open-minded. And more than that, I like to think of myself as positive, growth-oriented and someone who is committed to continuous personal evolution. I have worked with therapists off and on throughout my adult life and have been to a variety of healers of various modalities. I worked with a shamanic healer, a faith healer, a chiropractor who practiced muscle testing and energy healing. I have pulled tarot cards, angel cards, diffused essential oils, studied crystals and color therapies. I trained in biofeedback, neurofeedback, the enneagram, and just about every therapeutic modality known to man. I even dabbled in the dark arts at one point. So, with all this open-mindedness and all this healing work, I was completely flummoxed when the coach trainer that was teaching me how to become a life coach and leave behind the identity of a therapist told me that I had a very subtle victim mentality. WTF?

At first, I completely rejected this statement. For one thing, I admired this woman at the time and I had the reputation among the other students in my coaching cohort as being her star pupil. I later came to appreciate that this was probably true, but it didn't have anything to do with me, other than the fact that I had been a psychotherapist for a very long time and she probably saw the prospect of turning a therapist into a coach as being about as thrilling as a lesbian who seduces a straight woman, who is ruined for men from that point forward. Be that as it may, I was seeking her approval and didn't like the sound of this feedback one little bit. In fact, I was deeply offended, embarrassed and ashamed that she would even suspect me of such a thing. I immediately rejected this feedback and protested that it was simply not true, which only further reinforced her impression of my victim mindset.

Eventually, I stopped feeling intimidated by this woman and came to see her in a new light, one that permitted me to assess the possibility that this comment had some truth to it, which of course it did. Her coach approach was to break her students down, publically in front of their peers, so she could expose their faulty thinking to themselves when they were in their most undefended and vulnerable state. And the most astonishing thing to me was that they not only allowed her to do so, they fell over themselves for the chance to experience this humiliation, literally leaping at the chance. As for me, I had been raised by a narcissistic and cruel woman who gained power over others by making them utterly dependant on her, which allowed her to feel secure in the bond and brought the other person into a state of permanent bondage. I wanted no part of this bargain so I chose to be a lone wolf rather than a vampire's favorite throat.

And yet it was true, as hard and I tried to deny it. I did have a subtle and sometimes not so subtle victim mindset. I do feel sorry for myself sometimes. I do tend to focus on the negative. I do complain a little too much, even if only to myself. I stew in my own juices and wallow in my self-pity, thinking on the one hand how it can always be worse, but on the other hand why oh why does this shit have to keep happening to me? And, I even lure people in with humor, just so I can complain about what a week I've been having, what with my laptop crashing and my backup laptop refusing to accept the password and in the same week my three dogs coming down with diarrhea and shitting all over the rugs and carpet in our house and on top of that, the refrigerator breaks down and in spite of having a home warranty plan and being put on priority status, I still had to go 10 days without a refrigerator, existing on borrowed coolers and bags of ice from Rite Aid. Can you feel my pain?

But these are truly first world problems, aren't they? I mean I have two laptops and a home warranty and a lovely neighbor who loaned me three coolers. And while it's true that I had to drive to Rite Aid every day and buy two bags of ice, the store is less than a quarter-mile from home and the ice is only $1.99 per bag. I was merely inconvenienced. Not traumatized. Not wounded. Not really even put out all that much. The ice cream and popsicles melted and the chocolate bars got wet and had to be thrown away. But the extra ten pounds I have gained in the past six months are only going to come back off if I stop eating ice cream and candy anyway.

So, instead of writing up my most clever version of the story and posting it all over social media where I could most certainly gain support and sympathy, I am only going to share it with you, here. You get it. And you want more for me than this. So, keep holding the space for my victim mindset, subtle and not so subtle. I'm working on it.