Ask & You Shall Receive 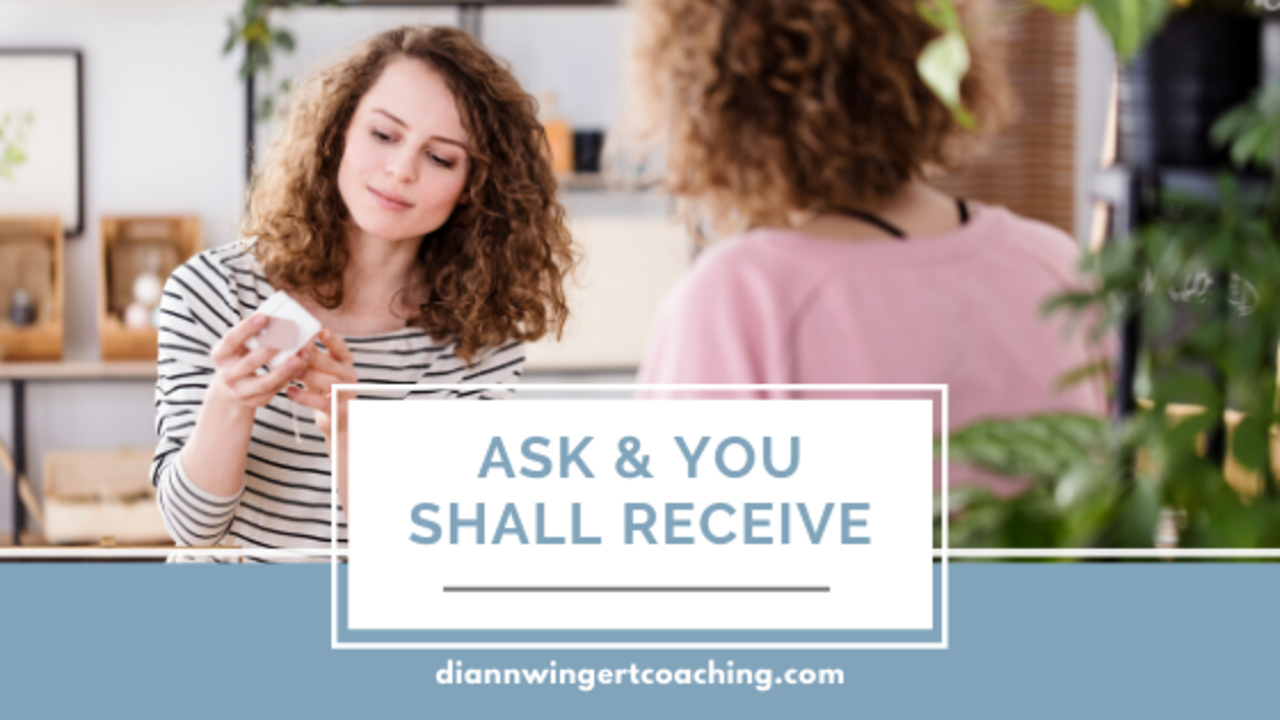 My first career was in medical sales, at a time when women were just starting to infiltrate the traditionally male-dominated field. I started off as a sales rep for a major pharmaceutical company on a salary plus bonus. Because of the way sales are tracked, I only got the bonus if my sales district met its quota. In other words, I really wasn't incentivized to bust my ass and be a superstar because when I did, I was carrying the slackers in the district. A few years later, I scored a major upgrade when I was hired to represent a line of orthopedic implants (hips and knees, plates and screws) on straight commission.

There were only two other women nationwide selling orthopedic implants at that time. Not only was it the most lucrative part of the industry, but the territories were also huge, so the days were really long and the guys did not play fair. You had to be quite a badass to hold your own and few companies would take a risk on a woman, especially a mom of three school-age kids like I was. There was a lot of gender discrimination that toughened me up. I had to change in the nurses' locker room, while the male reps changed alongside the doctors, joking with them and using that familiarity and male bonding to boost their sales.

Each company's implants were paired with a set of specialized tools that could only be used on that product and no other company's tools would do. One of the other reps was so competitive and devious that he stole my company's tools from the hospital so that my implants could not be used. This was not discovered until minutes before the procedure was due to begin, so there was nothing I could do. The patient was prepped and under anesthesia, so the doctor had to use another company's device. I felt like crying and wanted to scream about how unfair it was, but I just had to keep my mouth shut and work twice as hard for the next month or two, to ensure that I still made my quota. My company issued a second set of tools to me, at my expense, which meant I had to show up a couple of hours before the scheduled surgery so they could be sterilized, but at least I never lost another sale to that tactic again.

Even though my second career didn't involve selling, it did involve persuasion. Motivating a depressed teenager to take a daily walk outside to boost her mood, inspiring an anxious woman to ask for a job transfer or encouraging an embittered couple to try a new communication strategy is a form of sales. Change is hard and people tend to stick with what they know. The surgeon continues using the same company's products, not because they are the best, but because they are the ones he is familiar with. The disgruntled employee keeps ticking off year after year in the job he hates because he's resigned to the devil he knows. The apathetic woman tolerates a lukewarm relationship because she can't imagine updating her online dating profile and finding someone better. Selling is a universal skill, one that can be applied in countless scenarios and of benefit to countless people in every walk of life.

Parents need to sell their children on cleaning their rooms. Wives need to sell their husbands on open communication. Bosses need to sell their employees on personal initiative, with or without a financial incentive. But knowing how to sell is just half the battle. The other half involves the ability to accept a "no" without taking it personally, and like selling, it's a practiced skill. Human beings hate rejection and most of them feel uncomfortable being vulnerable. The best salespeople have adopted the mindset that every no gets them closer to a yes, so they can be excited when they hear no. Many people, especially women, find it hard to accept a no without feeling personally rejected. It's one of the reasons we play small so often because small feels safe and manageable and no one will try to take it from us.

The book The Four Agreements by Don Miguel Ruiz encourages readers to always do your best, be impeccable with your word, never make assumptions, never take anything personally. I found the last two agreements to be enormously helpful in sales situations. When I would hear a no, I would jump to conclusions and make it about me. After reading the book and practicing new thoughts, I could let the no go and just move on, believing a yes was coming my way. I don't mean to imply that it was quick or easy. As a matter of fact, there was something oddly comforting about playing the victim and licking my wounds, at least until I recognized that it was a choice as well as a habit. Then, I wanted a better way, a way that would make me proud.

If you haven't had the good fortune of a sales career, fret not. It's not too late and you haven't missed your chance. You just need to make a commitment to putting yourself in the position of asking for something from someone who can either say yes or no and learning how to get comfortable doing so. It actually doesn't matter if you get what you're asking for or not, but personally I think, you will learn faster and have more fun doing so if you at least get a few yeses along the way. You can start out with something relatively small and nonthreatening, like asking for something of minor or even no value from someone who has the authority to grant your request.

For example, you could ask someone waiting in line to let you cut in front of them. You could ask for an extra package of cookies from the flight attendant or an extra shot of tequila from the bartender. It's a sale and unless you're accustomed to asking for something and taking the risk of hearing no, I promise you, my friend, you are settling somewhere in your life, even if you don't realize it. Get uncomfortable, it's good for you. Take the chance that someone else might think you're selfish, greedy, arrogant, pushy, you fil in the blank. You can't control what others think of you and anyway, it's none of your business.

Just imagine someone thinking a negative thought about you and you not having the slightest concern about it. The sense of freedom is amazing. If you are a first-class people pleaser and the whole idea is scary as shit, start super small and work your way up slowly. Just ask "for a friend" and notice what a difference it makes. They can judge your friend all they want and you are still getting valuable practice. As you gain more practice and confidence asking for what you want and selling people on seeing things your way, you will find it easier to tolerate the idea that someone might not approve of you. They might even dislike you. And, guess what? Your head did not explode. You are still OK. You might even feel a secret pleasure and an ever so slight smile around the corners of your mouth. Spoiler alert, it's habit-forming.