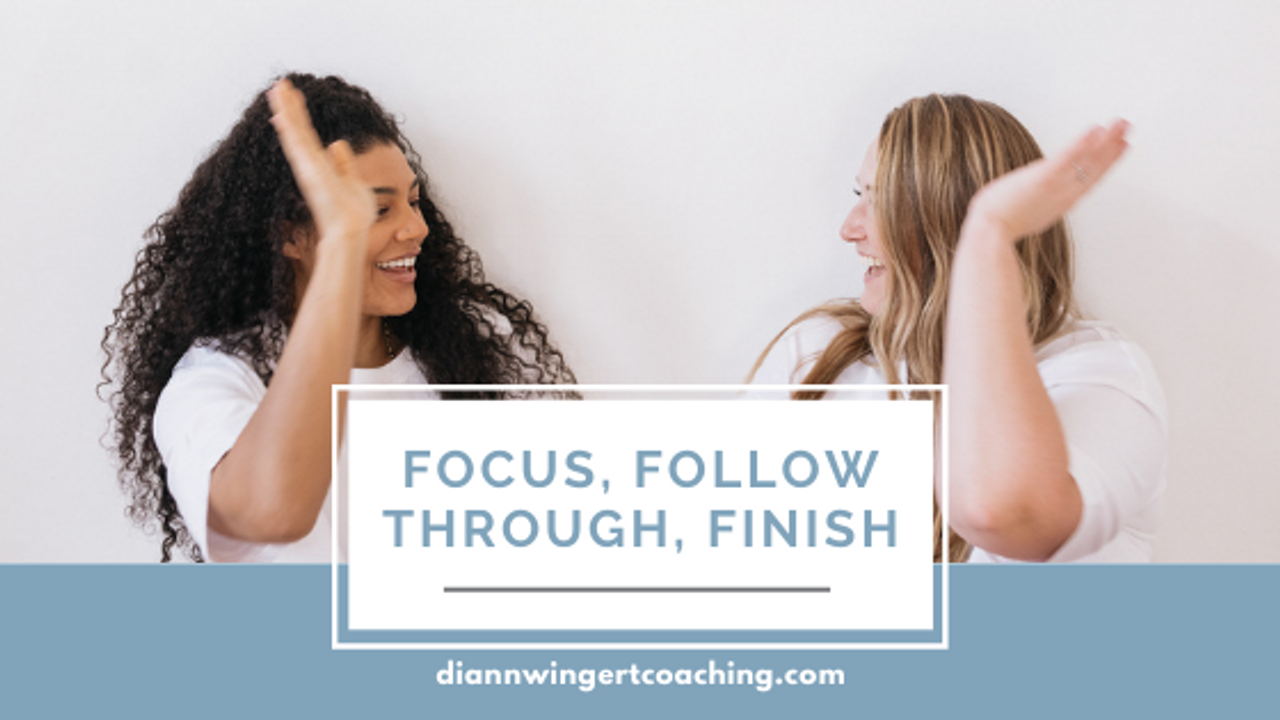 I've been specializing in working with high-achieving, highly creative women who struggle to reach their potential for the last few years. They are my people, and, the more time I spend with them, the more times I see a particular pattern of behavior. Now, it's not that this pattern never happens with people who aren't high achieving but underperforming women, but that it happens with such regularity with those who are. And, when it's happening, they don't realize it's a problem, until later, sometimes much, much later, when they do.

I hate being the one to point out where this pattern is headed, but at this point, I don't hold back out of fear of offending anymore. All of us have a limited time left on this earth and I need to say what I need to say, or I may just miss my chance. I guess you could say that this particular issue is one of the greatest struggles of my life too. And because it took me so long to recognize it, I am passionate about helping others reach this understanding sooner than I did.

It starts with the creative spark. It could be catching sight of something out of the corner of your eye, or hearing something in just a certain way or noticing something that others don't or waking up with an idea or an image or a song that is so clear and compelling you simply must pay attention. As the spark grows into a flame and the creative process begins, the energy and excitement are absolutely intoxicating. It's a bit of a high, to be quite honest and it also feels a lot like falling in love. It's definitely a form of infatuation.

Sometimes the creative idea is a quickie, like a blog post or a short article for a digital magazine and you can ride the wave of enthusiasm all the way to the beach, finishing the project soon after it begins. Some of my clients will stay up all night, writing, painting, working with words or textiles or metal or clay. When they are caught up in the magic of a shiny, new idea they just can't stop and they really don't want to. When you are infatuated, whether it's with a person or an idea, you just want to lose yourself in it and forget that the rest of the world exists. It's exactly the same when you are caught up in your creativity.

It's truly the most delicious part about having this type of mind, but there unless all of your projects can be finished quickly, you will run into trouble. The kind of trouble that happens when the pilot light of creativity goes out. Or you run into a problem you don't know how to fix. Or you lose momentum and desire. Or a shiny new idea presents itself and beckons to you. Then you're in deep doo-doo. Because, if you're anything like me, and if you're reading this, I suspect that you are, you and I both know that whether it's an exciting new idea or the frustration of not being able to break through a creative block, sooner or later, something is gonna stop you in your tracks and you are going to hear the siren song of distraction calling to you.

I have so many clients that are absolutely brilliant and original. One is a textile artist and another is an indie film writer, producer, and director. They both have the exact same frustration with countless unfinished projects. The pattern seems to be that we get anywhere between 50 and 90 percent finished with a project before we either lose interest, get frustrated, succumb to self-doubt or self-sabotage, or simply allow ourselves to be seduced by something else, aka distraction.

Bullying yourself doesn't work, believe me, I'm very experienced with abusive self-talk and it doesn't get the project done, it only makes you feel worse about yourself.  And becoming obsessed with finding the "right tool" to make it happen can be a real rabbit hole. I'm talking about productivity apps, time management strategies and other tools and gadgets that are designed to keep you on task. While they may be useful for getting your taxes done or other administrative and clerical tasks, they don't seem to get the job done when it comes to creative projects.

Creativity literally seems to have a mind of its own. But, that being said, I don't believe that we have to live lives of quiet desperation and shame, with our garages and closets and laptops littered with unfinished creative projects. I really do believe there's a better way. What seems to work best for most of us is a combination of practices that cultivate creativity and those that foster productivity.

A lot of creatives don’t think they can adopt productivity practices.  They think that structure, routines, habits, and systems inhibit creativity, but this can’t be farther from the truth.   The brainstorming process that takes place at the beginning of any creative project is unique in that it benefits from a lack of structure, but once the project has been defined and the deliverables have been identified,  we need to shift from brainstorming mode to a more refined process.

Through trial and error, I have identified what conditions are conducive to free association, brainstorming, mind mapping, and other ideation processes, but they are not the same conditions I need to actually produce the creative output further down the line.  The goal is not just to feel creative or be creative, or live a creative life. The goal is to be a creative finisher.  To be able to see your creation evolve into a fully formed and finished product that can then be shared with others replaces shame and disappointment with satisfaction and pride.

Not every creative project has to make it all the way to the finish line, because some of them really don’t stand up to the test of time, but starting is way more fun when you know you have what it takes to finish.