Actually, It Is All About You 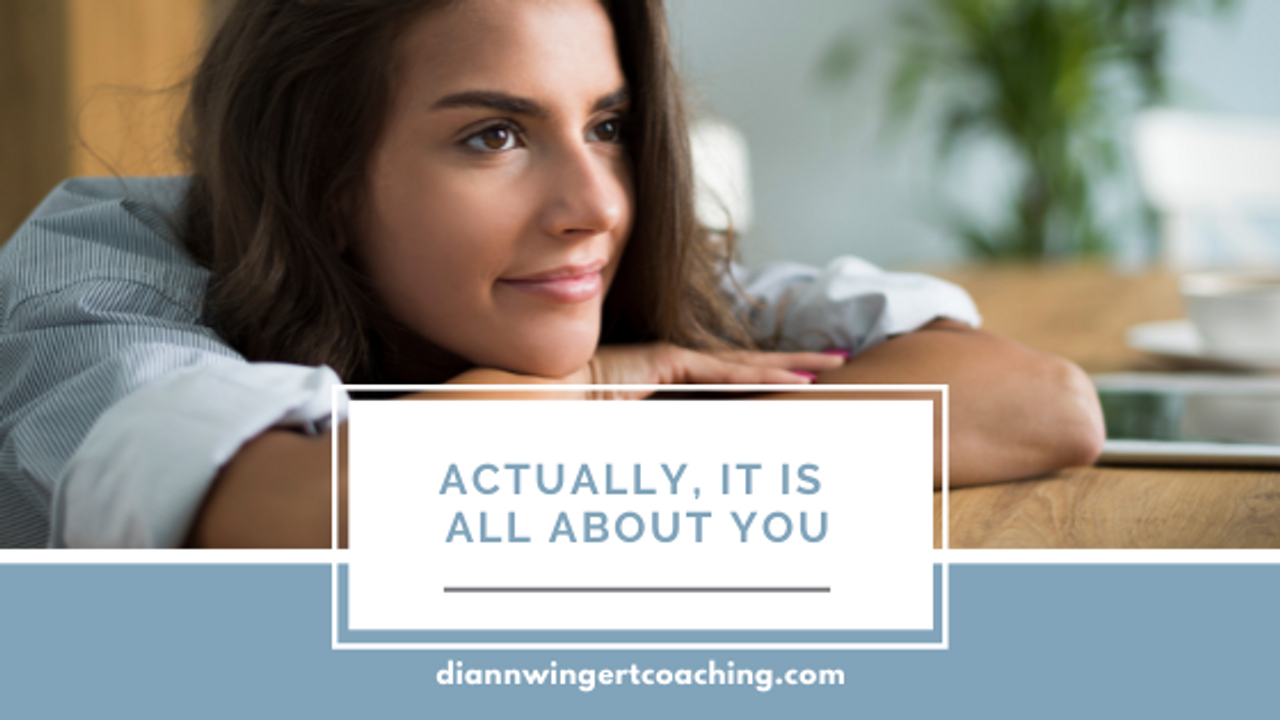 Have you ever been in the position of needing to find a way to fit in, belong or make connections in a new city? I am reminded of this right now because I moved from Los Angeles, where I had lived since birth, to Portland, OR two years ago. I didn't know a single person here, but I was ready for a change and my plan is to make Portland home. Well, thanks to the pandemic, I still only got a chance to meet a handful of people, but I'm still an extrovert by nature, so it's only a matter of time.

I have the explorer gene and enjoy change and new experiences, which might make it easier to start over from scratch in a new place for me than for those without these traits. That being said, I still need to make the effort to identify potential individuals, couples ( I have a spouse) and groups where I might be able to be accepted, included and belong, and that's a crapshoot no matter how outgoing you might be.

One of my clients lived abroad for grad school. She decided to go there so she could become fluent in the language, which will help in her future career path. On our coaching call this week, she explained that things are going well in school and in her fieldwork, but that she's not really making friends with any of the locals. At first, she blamed it on the fact that she is not fully confident speaking in the local language, but then admitted since leaving college where she had a built-in social life, she has struggled with making friends, belonging and fitting in, language barrier or not.

I also had a consultation with a prospective coaching client this week who reports feeling that she has difficulty belonging and was recently rejected by an entire friendship group. She shared that her approach has been to make herself as easy-going, good-natured and agreeable as possible so that no one in the circle would have the slightest reason to find fault with her. She was completely baffled and extremely hurt when she got the boot, as would most people in that situation.

Most of us remember those first few weeks of school each time we were 'promoted' to the next level, from elementary to middle school, middle school to high school and the big leap from high school to college. Once college graduation was behind us, the friendship circles began to scatter. Some of us were able to maintain these friendships over time, as miles, moves, marriages, motherhood and many other life changes challenged these bonds. Every time we start a new job, move to a new neighborhood or expand our family, people are added to our social network and others fall out of it.

Each stage of life has the potential to change us in some way. Sometimes the perfect friendship fades away because we chose marriage while she chose the single life, or she had multiple kids and we chose the child-free life, or our best friends started a business while we attempted to climb the corporate ladder meant we were no longer compatible enough to keep the friendship alive and thriving. Change is inevitable and friendships are not immune.

Friends may come and go, but our ability to make and keep them doesn't depend on being an outgoing person. Having a basic level of social skills is actually much more helpful than any particular personality type, but my advice to both my client and the prospective client I met with this week is the same advice I am giving and living by myself, here in this new city. Be yourself. It sounds too simple and frankly too obvious to have any real meaning but it is actually surprisingly rare. Human beings are mammals. We existed for millions of years in small, loosely organized tribes that stayed together for safety, support and survival. Prehistoric man would never have survived to modern times without the physical, social and emotional connections of tribes.

Our brains are literally wired for connection. Our mirror neurons allow us to feel empathy for one another, which enables us to have the capacity to care for and form attachments to one another. Hormones and neurotransmitters also play a role in biologically programming us to form friendships, intimate relationships, families, and societies. These tendencies are so pronounced in most humans that the person who has little need for contact with others is seen by many as odd, strange, a misfit, lone wolf or weirdo. Because being part of a group literally meant the difference between life and death for our distant ancestors, the majority of us eagerly learned how to be accepted by others. We developed abilities and traits that were valued by other humans and learned to value those traits in ourselves.

Enter modern times. The industrial revolution and public education, political and religious institutions have all contributed standards for human behavior, which has lead to expectations we hold for ourselves and others. Those in power decided what behaviors were acceptable and which were not. What makes a woman likable, how men are supposed to behave. Standards of attractiveness and sexual desirability are also culturally determined and promoted by the media and advertising industries. We know what is expected of us and if we want to fit in, be accepted and belong, we believe that what we need to do is conform to the norm, and so the vast majority of us do. Those that can't, won't or simply don't are excluded. They become the misfits and outsiders. Those that don't crave belonging enough to act like the others or at least appear to are shunned.

But what about the rest of us, the people-pleasers, the ones who have systematically configured our social selves in order to be accepted, by behaving in an approved of manner? Sadly, they are often the ones who pay the steepest price. By shutting down their true personalities in order to belong, they cease to be someone we can actually get to know and connect with. By playing it safe, they put themselves in the most unsafe territory of all, the place where by not giving others any reason to reject them, they find themselves rejected. Not because they were objectionable, offensive or stood out in an unacceptable way. But because they were offering a false self to others, a self devoid of quirks, contradictions, and anomalies. A whitewashed self that doesn't seem quite real. Nothing to reject means nothing to accept either.

Relationships involve risk. The risk of rejection, the risk of disappointment, the risk of betrayal. The risk of loss. But if we give people our real self, our complete self, our complicated, hypocritical, inconsistent, quirky self, at least we have a chance for something real. Something worth having. Something worth risking everything for. Anything less wasn't worth having to begin with and when our false self gets rejected, it's not us that's being rejected anyway. Which is probably why we do it. So the moral of the story is to be you, only you, all of you, nobody but you. Not so you will fit in, but because it's the only chance you have to attract the people who want you, exactly as you are. And it's that the only kind of relationships that really work, anyway?