Choose Your Habits or They Will Choose You 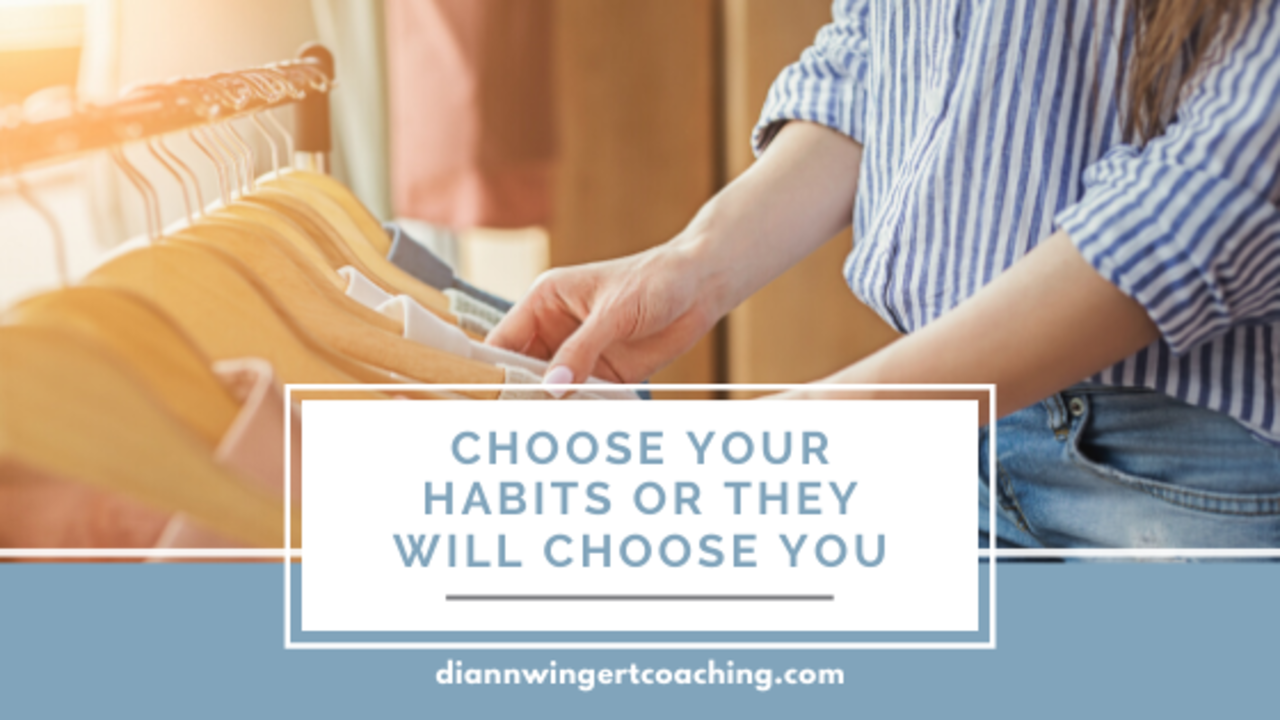 Have you ever noticed how everything you think, feel and do eventually becomes a habit? It starts out innocently enough, that first puff of someone else's cigarette at a party in middle school and the next thing you know, you're a pack a day smoker. And, I'm not just talking about the addictive stuff. Obviously, if you smoke cigarettes, drink alcohol or use drugs, you are very likely to form an addictive habit, but it's just as likely that you are going to form a habit around drinking coffee every morning to driving a certain route to work to styling your hair in the exact same way, day after day without even thinking about it.

The human brain is wired for habits. It is exceptionally good at noticing patterns in your behavior (and I am using the term behavior very loosely because it applies to not only actions you take but also emotions you experience on a regular basis and also thoughts you think regularly. Here's how it goes. Let's say you decide to start going to the gym and getting in shape. You've been filling out a little in the waistline, probably because of some other habits like sitting around too much and eating more than your body needs to run itself. Anyway, you join a gym and decide you probably won't go in the evening, after work, because you'll be too tired then and your motivation will be low. ( You are probably right about this, by the way. It's been scientifically proven that most people will be more consistent, and get into the exercise habit if they do it in the morning. ) So, you set your alarm for an hour earlier than you normally do, to make time to go exercise before work.

Now, here is where we can see how habits work. In order to form a new habit, you have to actually do two opposing things at the same time. One is to form the new habit, in this example, the one where you are a gym rat in the morning. And, you also have to break the existing habit of sleeping in, hitting the snooze button several times and starting your day with a big old cup of coffee to get your engine started. Your brain has already decided what it wants, what it always wants, and that is for you to keep doing what you have been doing. Your brain already has a set of instructions, called neural pathways, that are coded for you to keep doing your current habits automatically. It doesn't have to do any heavy lifting if you just keep sleeping in and snooze-buttoning. That habit is already on auto-pilot. No brain effort necessary.

For you to create the new habit of waking up earlier and going to the gym, you have to overcome the brain's resistance to forming a new habit. Now, don't get confused on me, I did say that we are creatures of habit and that everything is habit-forming. This is true. But, and it's a big but ( I love saying that...) it's also true that once a habit is ingrained in your brain, it's hard to change it to form a new one. It can absolutely be done, but it's not as easy as forming the original habit. Obviously, we are all forming new habits and releasing old ones throughout our entire lives or you would be a 34-year-old, crawling around in diapers and eating Cheerios by hand. The habits you formed as a baby, and then later a child and a young adult have all been replaced by newer habits.

The point I am trying to make is that it's just as easy to form habits unconsciously (when you don't mean to) as it is to form them consciously (by choice.) As a matter of fact, it's easier to form the unconscious ones. It's like you aren't really aware it's happening, you are unconscious of them. And the unconscious habits, the ones we aren't really aware of, that can really cause us problems. Your brain is running the show, not you. And you really don't want a 3 pound watery mass of tissue in charge of your one and only life, do you? You're the boss, not some organ, right? I mean I do want to show the brain some respect. After all, you can't really get too far without one, and I am pretty sure no one has ever tried. But, at the same time, the brain is an organ and you are more than your brain. Your mind should be in charge, or at least more in charge than it is when you are doing things by habit, on autopilot. Who wants to go through life unconsciously, especially once you realize you have the choice to live with intention.